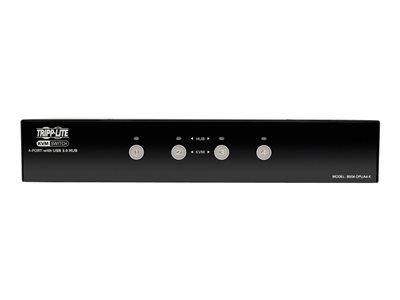 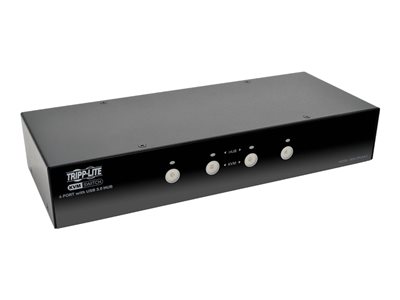 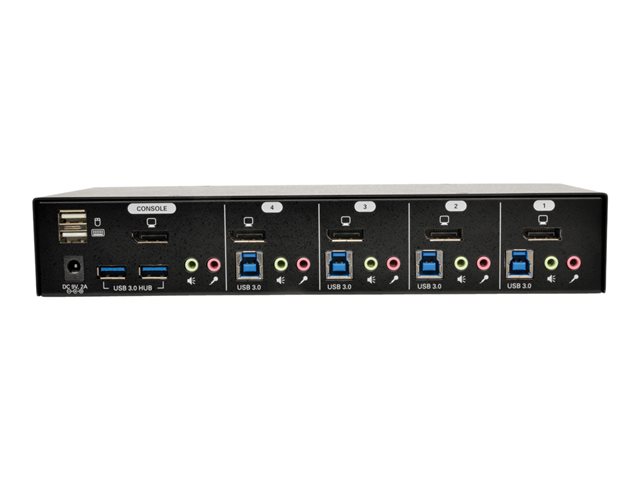 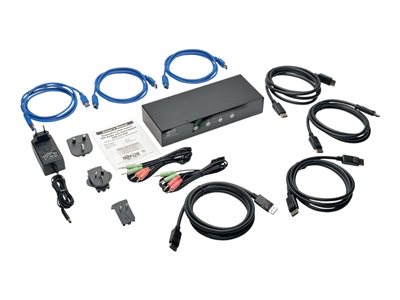 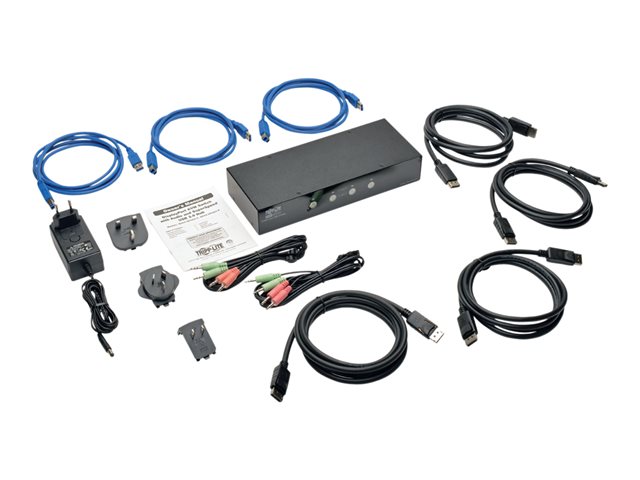 The desktop B004-DPUA4-K 4-Port DisplayPort KVM Switch lets you access, control, boot and reboot four DisplayPort computers using one DisplayPort monitor, USB keyboard and USB mouse. Switching among DisplayPort computers is quick and simple using keyboard hotkeys or buttons on the unit. You can also plug microphones and speakers into the 3.5 mm mini-stereo jacks, and the two-port USB 3.0 SuperSpeed hub allows you to connect peripherals, such as a webcam, flash drive, printer or scanner, and share them among computers. Because the audio and USB 3.0 hub ports can be accessed independently, you can, for instance, use a printer connected to the hub to print data from one computer while also listening to music from another computer. All necessary cables are included. The B004-DPUA4-K supports digital video resolutions up to 2560 x 1600 (including 1080p), 2-channel stereo audio and data transfer rates up to 5 Gbps. The built-in DDC emulator sends the console monitor's EDID information to all connected computers to ensure top video quality and prevent any delay or change in video resolution when switching computers. The B004-DPUA4-K is easy to set up with no software to install and supports Windows, Mac, Linux and Sun. The USB 3.0 hub is backward-compatible with USB 2.0 and USB 1.1 devices.